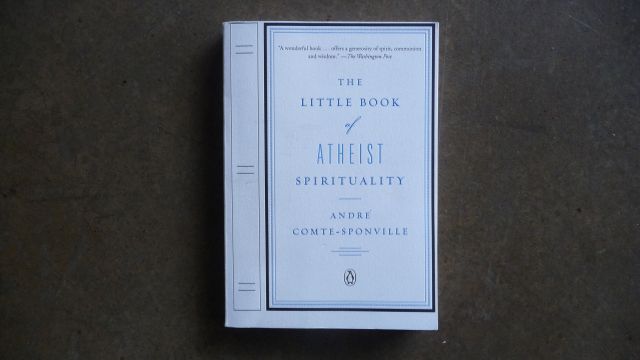 Believe it or not, it exists.

One of the most aggravating parts of being an atheist is when people try to claim that religion is the only thing that keeps us moral.

It’s just not true. In fact, I know some atheists who have the highest moral center I know.

So, today I RID this book (which I read in an atheist book club) in hopes that it might open someone’s eyes to the fact that belief in God is not necessary to be a good person. On earth.

And we’ll leave the rest of the debate to another day.

This entry was posted in Books. Bookmark the permalink.