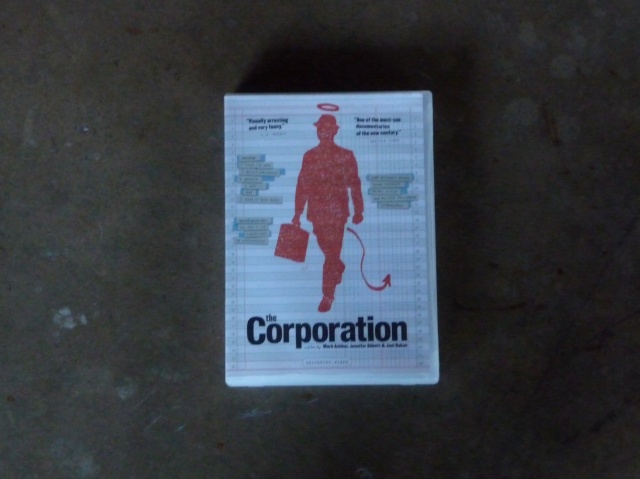 A doc everyone should see.

So, I’m giving away this documentary today. In hopes that we, as a populace, can get a little more informed.

In case you missed the ruling a few weeks ago,

“In a dramatic upheaval that sharply divided the Supreme Court, a 5-4 majority ruled Thursday that under the First Amendment Congress may not bar corporations and unions from using their own money to make independent expenditures to support or oppose candidates for office.

The court in Citizens United v. Federal Election Commission ruled that the ban on direct corporate expenditures before elections, with criminal penalties, is a powerful chill on legitimate political speech. “Its purpose and effect are to silence entities whose voices the government deems to be suspect,” wrote Justice Anthony Kennedy for the majority. “If the First Amendment has any force, it prohibits Congress from fining or jailing citizens, or associations of citizens, for simply engaging in political speech.” Excerpted from here.

The 14 characteristics of fascism.

1. Powerful and Continuing Nationalism – Fascist regimes tend to make constant use of patriotic mottos, slogans, symbols, songs, and other paraphernalia. Flags are seen everywhere, as are flag symbols on clothing and in public displays.

2. Disdain for the Recognition of Human Rights – Because of fear of enemies and the need for security, the people in fascist regimes are persuaded that human rights can be ignored in certain cases because of “need.” The people tend to look the other way or even approve of torture, summary executions, assassinations, long incarcerations of prisoners, etc.

3. Identification of Enemies/Scapegoats as a Unifying Cause – The people are rallied into a unifying patriotic frenzy over the need to eliminate a perceived common threat or foe: racial , ethnic or religious minorities; liberals; communists; socialists, terrorists, etc.

4. Supremacy of the Military – Even when there are widespread domestic problems, the military is given a disproportionate amount of government funding, and the domestic agenda is neglected. Soldiers and military service are glamorized.

5. Rampant Sexism – The governments of fascist nations tend to be almost exclusively male-dominated. Under fascist regimes, traditional gender roles are made more rigid. Divorce, abortion and homosexuality are suppressed and the state is represented as the ultimate guardian of the family institution.

7. Obsession with National Security – Fear is used as a motivational tool by the government over the masses.

8. Religion and Government are Intertwined – Governments in fascist nations tend to use the most common religion in the nation as a tool to manipulate public opinion. Religious rhetoric and terminology is common from government leaders, even when the major tenets of the religion are diametrically opposed to the government’s policies or actions.

9. Corporate Power is Protected – The industrial and business aristocracy of a fascist nation often are the ones who put the government leaders into power, creating a mutually beneficial business/government relationship and power elite.

10. Labor Power is Suppressed – Because the organizing power of labor is the only real threat to a fascist government, labor unions are either eliminated entirely, or are severely suppressed.

11. Disdain for Intellectuals and the Arts – Fascist nations tend to promote and tolerate open hostility to higher education, and academia. It is not uncommon for professors and other academics to be censored or even arrested. Free expression in the arts and letters is openly attacked.

12. Obsession with Crime and Punishment – Under fascist regimes, the police are given almost limitless power to enforce laws. The people are often willing to overlook police abuses and even forego civil liberties in the name of patriotism. There is often a national police force with virtually unlimited power in fascist nations.

13. Rampant Cronyism and Corruption – Fascist regimes almost always are governed by groups of friends and associates who appoint each other to government positions and use governmental power and authority to protect their friends from accountability. It is not uncommon in fascist regimes for national resources and even treasures to be appropriated or even outright stolen by government leaders.

14. Fraudulent Elections – Sometimes elections in fascist nations are a complete sham. Other times elections are manipulated by smear campaigns against or even assassination of opposition candidates, use of legislation to control voting numbers or political district boundaries, and manipulation of the media. Fascist nations also typically use their judiciaries to manipulate or control elections.”

This entry was posted in DVDs. Bookmark the permalink.